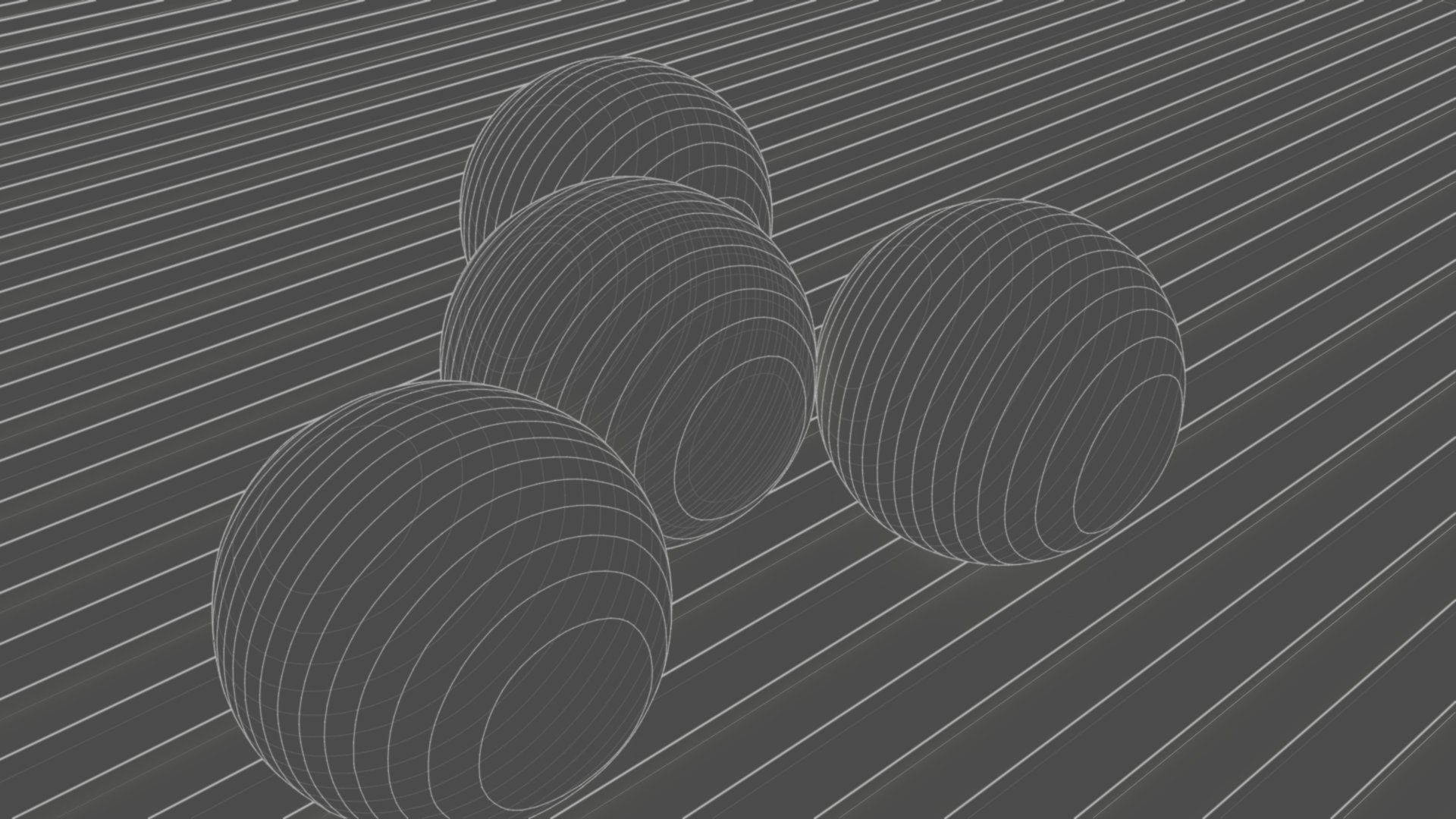 This started as a simple discussion at the motion graphics meetup I go to in Shoreditch, London. We were talking about the benefits and drawbacks of various renderers. I was asking if anyone had used any of the lesser known render systems out there. Not many had.

Even Blender’s new Cycles renderer had not even been heard of, never mind LuxCore or Appleseed. So I said I would put together a few images showing off these lesser known render systems, along with some well known ones.

Well, fast forward half a year and several rabbit holes later, I finally have something to show. The results are a rather mixed bag, as I have yet to learn a lot about the various systems and how to get the best out of them. My focus was to see how well these renderers worked on a laptop for animation, specifically motion graphics design.

So point of reference, my laptop is a Dell Inspiron 15 7567 gaming laptop. An i5 7300HQ cpu, 16Gb of ram and a 1050 Nvidia graphics card are the main specs. With a whopping 863 on the Cinebench ladder, not a major power house, but capable enough for odd jobs.

So what are we testing? 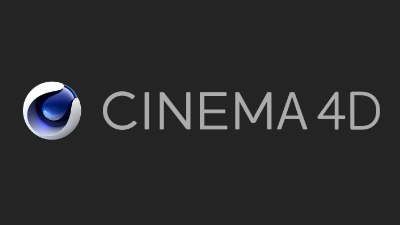 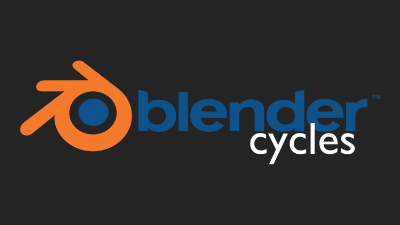 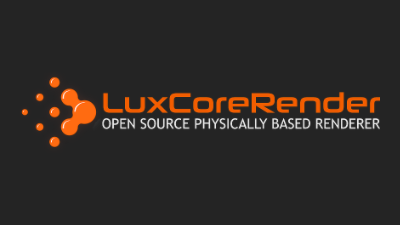 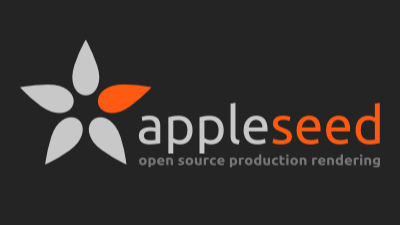 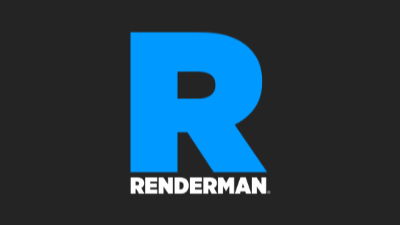 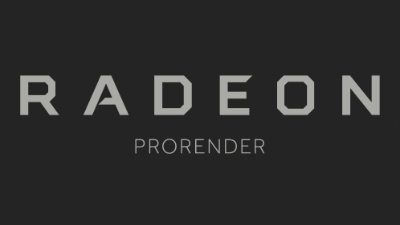 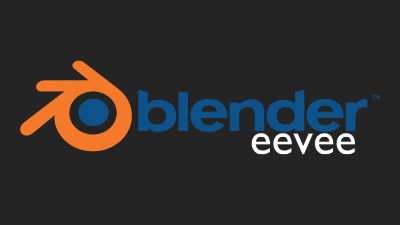 I decided to start with Cinema 4D, as I know it well. It was easy to select a few well known Open Source renderers. I had known about them for a while but not really into them in a real way. Lastly I wanted to explore Renderman.

What are we rendering?

I made a simple scene with four spheres on a ribbed floor. One of the spheres is glass, the rest are glossy solids. There is mesh light moving in the floor which lights the scene along with a HDRI.

So this is where I have historically done most of my motion graphics work. It is a fantastic renderer. Flexible and quick. I can bend this renderer to get so many different looks easily. And it has the most fantastic NPR renderer in Sketch and Toon. However with the 1050 GPU in my laptop not being used for renders, it is rather slow now. Quite often to get the looks I need, I use passes and compositing. So the need for a final ‘in camera look’ is not necessary.

The more I use Cycles, the more I love it. It produces georgous images and is very approachable. I got to grips with it’s node based material system a lot quicker than I did with any other software. With a GPU, it is way faster than the CPU, however it still takes a while to complete. With motion graphics work, you quite often don’t need the reality that this render produces. So I am still on the path to optimising this renderer for fast production use on animations. More to learn with this one.

LuxCore has been around since before 2007 and has had a complete overhaul to make it ready for new development. I was able to get great images out of it with no processing. I got a little stuck initially with the lights auto balancing between each other. The contrast and vibrancy of the image is one of the better examples in this shoot out. The render times also look very encouraging.

This is a completely new renderer to me, and so my first steps won’t show off the stellar results this renderer can achieve. I do like that it is a CPU renderer. So old machines like a MacPro with good Xeon processors could use this. The material system was not immediately obvious to me with legacy shaders mixed up with the node based system. Noise is still an issue for me. Being CPU based, it did render slower, but spending some time on the forums helped massively to help optimise my render.

This is the daddy of all renderers, and although I have known about it for decades, I really know very little about it. It is a very deep piece of software with ability to control absolutely everything. I have to say Pixar are doing a good with making it as approachable as possible. Their PBR shaders are becoming standards in the industry. The render I created is positively awful. I need to learn more. So I think we should revisit this again later

I gave this render a go at the end of the test and I was surprised by the quality of the render and how quickly I was able to get images out. The documentation is good and it is a fast renderer. I just downloaded the beta for the Blender 2.8, so that is good news.

This is the future for me. Real time, or rather near real time. I don’t even need real time rendering, so bumping up the quality settings gives me 80 to 90 of a Cycles render in 5% of the time. I am going to love exploring this renderer more. The biggest bonus is an almost total share of the material system with Cycles. Of course it is missing many things, like extra render passes and As the developers add features and tools, Eevee is only going to become a power house.

This took a long while to do. A lot of learning and testing. I am excited. Normally, I would be hapy with Cycles, Eevee and Cinema 4D internal. The first two are both very exciting render engines to work in and are being built and extended daily. Cinema 4D’s internal engine is old, but I know it so well. However, this test exposed me to a part of the 3D world I have not looked at for a while now. There is a lot to think about and apply to the next test, which coming shortly….or at least as quickly as my laptop can render.